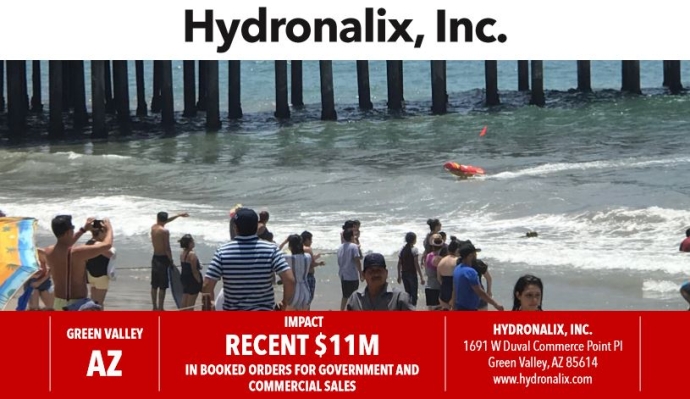 EMILY – the Emergency Integrated Lifesaving Lanyard – has quite the fan base on social media. But it’s not just the cool red exterior of one of the most sought after robots that has people everywhere talking. It’s the capabilities, evolved and perfected from the DOD SBIR program, that has demand for the autonomous vehicle increasing every month. Hydronalix has developed three different models for EMILY to cater to its clients’ specialized needs.

The U.S. Navy uses EMILY for ISR missions normally accomplished by larger, manned craft. Other customers use the Sonar model for search and rescue missions. One example was a case in the Netherlands, where a boat had sank and crews had been searching for it for five years. EMILY was deployed, and within a half an hour, the vessel was located. The beachside version of EMILY is used daily in lifeguard operations all across the United States, while the swift water version of EMILY is used in fast water applications.

Hydronalix is proud of the fact they are made in America, and exporting around the world. The company uses local suppliers in the Tucson area, then the machines are assembled using American workers within an American plant. They were selected as one of six companies out of over 150 by the Arizona Commerce Authority and awarded the Arizona Innovation Challenge Grant. Growing from one employee at the time of its first SBIR award to 23 today, Hydronalix aims to give back to the community by supporting STEM programs within the state of Arizona.