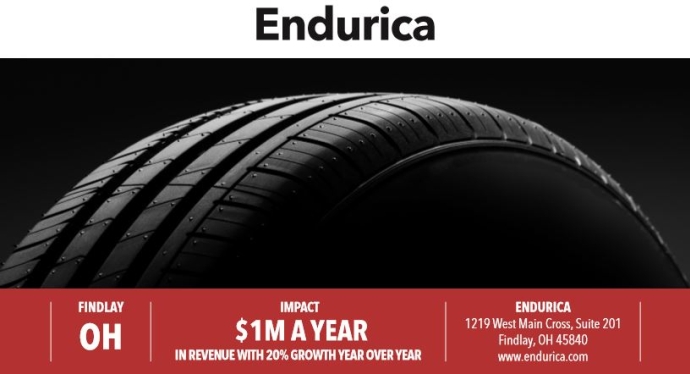 Prior to Endurica, fatigue testing for rubber parts on vehicles including tires was done the old-fashioned way. Something was built, then it was tested until it was destroyed. The Army, wanting software that could test their materials via a more efficient process, put out an SBIR solicitation to find the solution. Dr. William Mars of Endurica, who had previously written his Ph.D. thesis on the fatigue of rubber, knew this project was right up his alley. He soon developed the Endurica CLTM fatigue solver, and the implications have gone far beyond the government sector, setting new standards in the automotive industry.

The introduction of Endurica’s fatigue solver and the corresponding testing methodology (Fatigue Property MappingTM), allows the entire rubber industry to use advanced fatigue analysis and greatly improve their products. Before, the companies were bound by the expensive build/test/re-design cycle. Tenneco Inc., an $8.6 billion global manufacturing company and provider of quieter and safer transportation, today uses the Endurica fatigue solver for its fatigue estimates for many of the major car manufacturers in America. Other adopters include GM and Caterpillar. The solver has also been integrated with Simulia’s fe-safe metal fatigue code, and is available as fe-safe/RubberTM.  fe-safe/Rubber is sold and supported globally by Endurica’s partner, Dassault Systemes.

Endurica continues to license its technology to the U.S. Army. In addition to government and the automotive industry, Endurica serves customers in the heavy equipment, offshore, medical devices and consumer products sector. Today, the company employs six full-time workers.