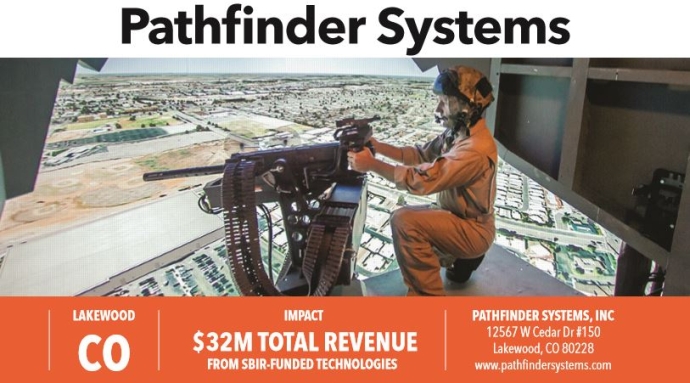 When it comes to shooting large machine guns, Hollywood would have you believe that firing a weapon is as simple as pulling a trigger. But in reality, and on the battlefield, it’s a lot more complicated. SBIR-funded Pathfinder Systems (PSI), which has found tremendous success in the commercial marketplace, is helping to better prepare soldiers with its simulator of a M3M weapon system.

With the ability to simulate how real weapons work, especially when out of ammo, the system saves dollars and lives by giving soldiers the necessary knowledge on what to do when they actually use them. As Founder Sheila Jaszlics puts it, “In life or death situations, there’s no time to get out the user’s manual.”

Beyond its commercial partnerships, PSI has a long history serving the U.S. Department of Defense and other government clients. From providing aircraft trainers to the Army to delivering simulators to several branches of the DOD, PSI has solidified itself as a leading aircrew trainer supplier for helicopters and fixed wing aircraft. Interestingly, every single system within PSI’s product suite contains elements of its original SBIR technology.

PSI is currently working with the Department of Defense on efforts involving Operational Prototype for Sense-and-Avoid Technology, or OPSAT. This provides Remotely Piloted Aircraft pilots with a “See and Avoid” capability using Commercial Off the Shelf components. The solutions developed will be directly applied to drone detection and 360° situational awareness for the commercial and general aviation market.