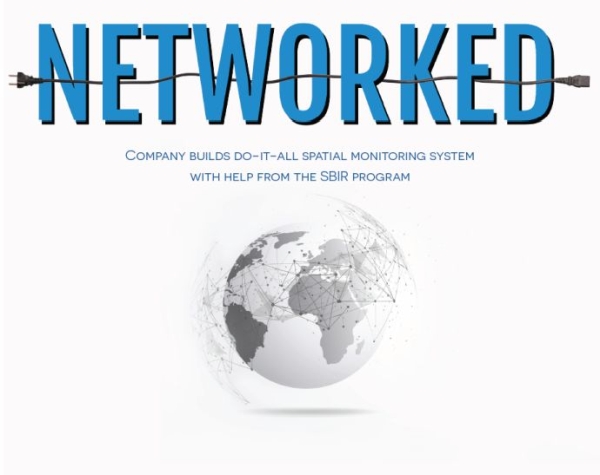 On the morning of October 12, 2000, while in port for refueling in Aden, Yemen, the USS Cole—a 505-foot U.S. Navy destroyer—was attacked by suicide bombers who detonated explosives from a small boat.

The resulting blast tore a large hole in the side of the Cole, leaving 17 crewmembers dead and 39 more injured.

The attack, the worst on an American naval vessel in decades, prompted conversations about the military’s rules of engagement and whether guards should have opened fire on the approaching boat. But the underlying question among Navy officials was: How do we make sure something like this doesn’t happen again?

In response to the Cole attack, in 2002 the Navy issued an SBIR topic seeking counter-terrorism technologies that could provide surveillance and advanced warning against such terrorist “asymmetric threats” to ships in ports or littoral (near shore) regions. One contract was awarded to a small company, 21st Century Systems, Inc., which used the resulting funds to design and build a detection and early warning system it called Sentinel Net. The tech, according to Roger Meisinger, 21st Century’s program manager at the time, allowed the Navy to coordinate its various sensors, video surveillance, and data systems into a single, coherent interface with customizable alerts.

“We’re always trying to make things easier for the operator,” Meisinger said of his company. “We want to improve reporting modules, trending analysis modules, as well as playback capabilities. Say something happened at a certain time and place, we can go back and show exactly what cameras were looking at that specific point at that specific time in order to analyze that event.”

Sentinel Net was not the company’s first SBIR contract, or its last. In fact, Meisinger said, 21st Century was a “rock star” in the SBIR world, securing some 100 contracts of all phases.

“We had a high commercialization rate and 21st Century was very successful with the program,” he said. “To a small company, those contracts represent a large amount of capital, and once you use it to develop technology, then you can go out and commercialize it.”

While the company continued to build on Sentinel Net, Meisinger worked his way up, eventually becoming the company’s Force Protection Division vice president. Under his leadership, the company became an original equipment manufacturer for defense contractor Leonardo DRS, which incorporated the technology into its border patrol systems. Around May 2011, the force protection arm of the company had become so successful that 21st Century decided to spin it off into a new firm—Persistent Sentinel—where Meisinger went on to become CEO.

Using the foundation of Sentinel Net, Persistent Sentinel created a new security technology. Called HiRSA—High Resolution Situational Awareness Command and Control Soft-ware—the tech integrates existing cameras, radars and other sensors into a single, easy-to-use geographic information system (GIS), complete with autonomous alerts, video recording and a built-in database. Like Sentinel Net, HiRSA proved a hit. In 2009 it was deployed by the Jordanian Armed Forces, a long-time American ally, for use on the country’s borders.

“The Jordanians had all the infrastructure, provided by DRS, but didn’t have the integrating command and control software,” Meisinger said. “The HiRSA technology enables them to have more visibility and effective operations under their border security system.”

“I had an opportunity to witness the investments our country has made in their border security initiatives—equipment, training, command, and control. And what I witnessed there would make any member of Congress or indeed any American very proud to see,” he said. “It was extraordinarily professional, it was very effective, they had very good situational awareness and understanding of what was happening along their border and everything that they were doing was sustainable. (These) are the kind of investments we need to be making in these very good partners right here like Jordan.”

The technology’s consistency, through multiple levels of redundancy, is what Meisinger believes to be its strongest asset.

“Our software is very stable in operating long term with a lot of information running through it, while maintaining 100 percent reliability,” the CEO said. “Since 2009, the software has been running with no downtime. That’s part of our architecture.”

The system has found use in the public sphere (a nuclear power plant in Iowa, as well as several other infrastructure projects), and it’s these efforts that give Meisinger pride in his work and what is yet to come.

“I spent 22 years in the Army and National Guard, so being able to do something for my country is very important to me,” he said. “To work with a company that is providing a service to our military and government, it makes you feel pretty good inside.”

“For me, the SBIR funding system is a hugely successful program and an important part of our story,” he added. “Without it, I don’t know if we’d be where we are today. It opened up the connections with the Department of Defense and enabled us to further develop, enhance and commercialize our products.”