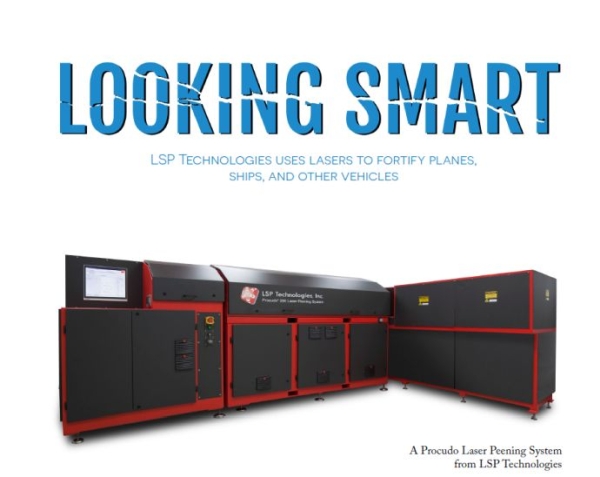 In December 1990, the United States Air Force grounded its fleet of Rockwell B-1 Lancer bombers after two engines failed in the span of just three months. The first incident, in October, occurred during a takeoff and landing exercise outside of Dyess Air Force Base in Texas. The engine exploded. In the December incident, a bomber from Kansas was flying over Colorado when the engine caught fire. A spokesperson from the Strategic Air Command headquarters told the Chicago Tribune at the time that the cause of failure in both instances was damage to the fan blades that rotate at the front of the engine.

Stress and fatigue on the titanium blades had, over time, made them susceptible to breakage. When the blades broke, they hurtled through their engine, causing irreparable damage and putting passengers in peril.

No one was killed in either case—both planes made successful emergency landings—but the accumulation of incidents since the B-1 Lancers began operations in 1986 was alarming enough to make Air Force and General Electric technicians pause and reassess the situation. They knew they needed to find a way to strengthen the turbofan blades before sending the planes into the sky.

“Foreign objects on the runway or birds or particles in the air near where the bombers were taking off were entering the turbine fan blades in relatively minor ways, but in ways that proved critical to whether the plane could stay in the air or not,” said David Lehrman, Vice President of Business Development at LSP Technologies.

Jeff Dulaney had been pioneering a new technology called laser shock peening at Battelle Columbus Laboratory in the early 1990s at the same time the Air Force was dealing with engine troubles. The laser peening process involves using a laser to send a powerful shock wave through metal, creating compressive residual stresses in the material that make it last longer. Dulaney realized the work he was doing could provide a solution to the problem of damage to B-1 fan blades. Dulaney and others at Battelle partnered with GE Aviation to install the laser peening solution in GE Aviation facilities. In 1995, that partnership gave birth to LSP Technologies in Dublin, Ohio, where Dulaney and his team further developed the technology for commercial and national defense uses. Dulaney applied for and received a Small Business Innovation Research contract from the Air Force the same year he founded LSPT to help fund the development.

“The vision of our CEO and president, Jeff Dulaney, was to rapidly innovate laser peening through research programs,” Lahrman said. “He wanted to proliferate the technology and make it more widely available throughout the world.”

Lahrman describes the technology in terms of a coat hanger, which you can bend back and forth multiple times until it snaps. Snapping of metal blades can result from high cycle frequency vibrations that bend them back and forth in what seem like small increments. And the laser peening increases the number of times that blade can handle the bending.

“Those stresses from the laser counteract tensile stresses that may lead to corrosion or cracking, fretting, and other types of metal fatigue,” Lahrman said.

Laser peening can be used in the original manufacture of a rotor or jet engine turbine blade, but it can also be used after a plane is in operation, in order to arrest corrosion or cracking.

The years between the grounding of the B-1 bombers and the availability of laser peening technologies had proven to be tough. Between 1991 and 1997, the Air Force deployed the bombers again but not without an exorbitant amount of manual labor. Technicians spent hours poring over the fan blades using cotton balls and dental floss to detect the tiniest flaw. One small crack or snag meant the entire blade would be replaced. The process was tedious and costly: In 1994, for instance, engine inspections racked up one million man-hours at a cost of $10 million. By 1997, GE had begun applying laser peening technology to the aircraft. The Air Force estimates it has avoided $59 million in costs for blade replacement and other secondary damage repairs, and another $40 million in catastrophic engine failure.

In addition to laser peening, LSP Technologies has used SBIR funding to support development of laser bonding inspection (LBI) technology. The nondestructive testing method uses a pulsed laser to test structural bonds between composites or metals. The laser generates a stress wave that travels through the assembly and allows technicians to determine if the adhesion strength meets expectations.

“This is particularly useful in determining whether composites have kissing bonds, where the materials are up against each other but don’t really have any adhesion strength between them,” said Greg Karst, product line manager for LBI at LSP Technologies. “So they may appear to be bonded, but they are not.”

Several SBIR awards have supported the development of both laser peening and laser bond inspection.

“SBIR contracts have given us the chance to advance our technology and make it available for the Air Force and defense,” Karst said. “An important benefit is that those technologies become more widely available for other defense applications, as well as commercial uses in the private economy, in non-defense markets.”

In 2011, LSP Technologies announced it had entered into a patent cross-license agreement with General Electric. As a result of the cross-license, LSPT became the sole production-based licensee of GE’s entire laser peening patent portfolio, which includes more than 50 U.S. and foreign issued patents and numerous pending patent applications.

The agreement lets LSPT relicense a large number of the technical advances that it worked on with GE Aviation, allowing the company to apply the technology beyond aviation. For instance, in 2015, LSP received a Naval Sea Systems Command SBIR contract to address temporary crack repairs for aluminum structures on surface ships. The company also has a multiyear contract with Airbus Industries on a different set of components in the aircraft that are mission-critical. LSPT is also able to compete for bids in the automotive, heavy equipment, and nuclear power industries.

“We feel like we’re just scratching the surface on much of the power and promise of the technology,” Lahrman said. “Just as the moonshot in the 1960s gave birth to so many different technologies and advances in computerization, miniaturization, components, and materials, the ongoing involvement of the Air Force and the SBIR has been essential for us as we develop and innovate here.”