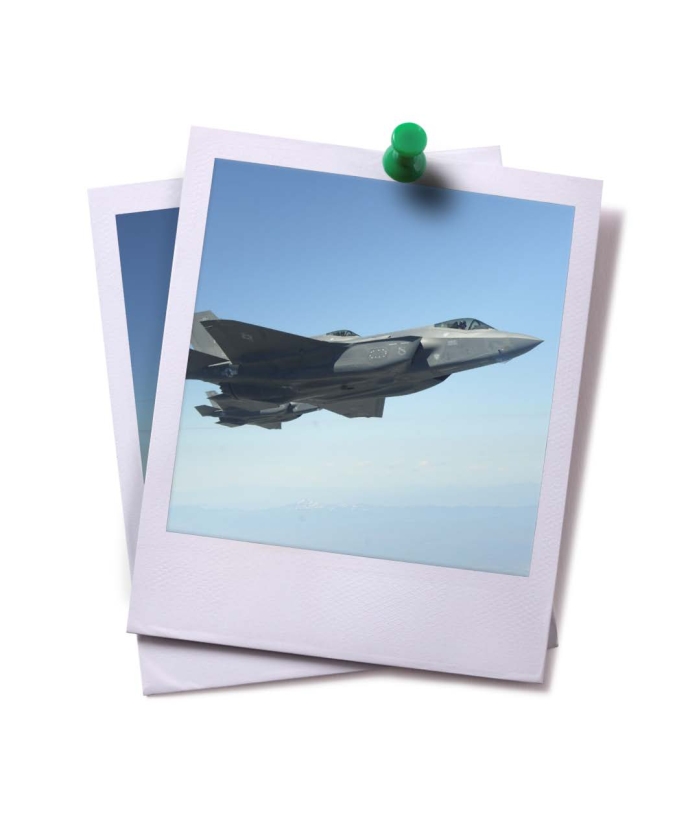 Early flight simulators, which date back to the era of the Wright brothers, consisted of little more than a half-barrel mounted on a universal joint. Students would do their best to balance their craft with rudimentary controls as instructors used poles to simulate motion and wind.

Today’s advanced flight simulators harness cutting-edge technology even while building upon over 100 years of research and development. For instance, the F-35 Lightning II Full Mission Simulator (FMS), developed by Lockheed Martin, has a high-fidelity 360-degree visual display system, accurately replicates all sensors and weapons deployment, and even uses the same software as the aircraft. The display dome provides a feeling of immersion while flight controls like pedals and a yoke allow the pilot to operate the simulator. Asin a real cockpit, a panel of instruments gives the pilota sense of the virtual aircraft’s altitude, airspeed, and direction. All of these pieces must operate together in order to create the experience of being in a real aircraft cockpit.

For the equipment to interact seamlessly, it needs to be connected to a central computer. Typically, flight simulators have an enormous tangle of connecting cable bundles hidden somewhere behind the cockpit. The complexity of the wiring turns simple maintenance into an unwieldy task. If there’s a problem, the complex wire diagrams have to be parsed by an on-site trained technician. Maintenance, upgrades, and repairs can take hours or even days.

Electrical engineer David Johnson came up with a solution that simplified the tangled mess of wires. “Why can’t we make this look more like a computer network?” David said. “Instead of one computer and a massive wire network, what if we used many small computers instead?”

Although he worked as Chief Technology Officer for Lawrence, Kansas-based Pinnacle Technology, Inc. (PTI), which manufactures biomedical research products, David has always had a strong interest in aviation. While working under the Navy’s Small Business Innovation Research (SBIR) program, he leveraged his diverse background to create a product that reduces the cost, size, and complexity of today’s aircraft simulators.

“In the past, you might have to send somebody across the world armed with a giant cable map to fix these flight simulators—and now, you can do it remotely,” said David, CTO of PTI. “It makes the whole maintenance, building, and reliability of the simulator much better.”

David and his colleagues—Matt Burch, Hans Harmon, and Seth Gabbert—designed something for Lockheed Martin called a distributed digital input/output (I/O) bus to replace the mess of wires used in commercial and military flight simulators. Instead of having one central computer, each instrument, flight control, and panel in the simulator cockpit is equipped with its own small computer, known as a Pinnacle Interface Node (PIN). These PINs serve as middlemen between the simulator cockpit and a central computer, performing the signal conversion (for example, analog-to-digital or digital-to-analog) necessary for the computer and cockpit equipment to communicate.

Thanks to David’s innovation, instead of having a jumble of wires going from each piece of equipment in the cockpit and the computer, the PINs have only a single Ethernet cable that goes to a network hub, which then connects to the central computer. Most repairs can now be handled by simply swapping out the box causing the problem instead of sifting through hundreds of wires. In addition, PINs can provide power to the equipment, which eliminates the need for another set of wires.

Currently, the PINs and distributed digital I/O bus are only being used in F-35 simulators. However, the technology can be broadly applied to any flight simulator or other device that works in a similar way.

“People working on the F-35 simulators really saw the promise of our technology, and that’s when we started to manufacture these things for sale in a big way,” David said. “Since then, we’ve been consistently making them for the military. It’s been about ten years now.”

PTI began in 1995 in the basement of Donna Johnson, David’s sister, who now serves as CEO. Donna, an energy expert and oceanographer who had worked for the U.S. House of Representatives and the National Renewable Energy Laboratory, began the company with a focus on environmental permitting. When David joined in 1996, Pinnacle Technology switched gears to contract manufacturing and, later, biomedical research tools.

The company has seen several SBIR awards from various government agencies, including a handful from the Department of Defense’s SBIR and Small Business Technology Transfer (STTR) programs. Navy SBIR contracts (Phase I and II) in 2003 propelled the advancements in F-35 FMS wiring and maintenance.

“The SBIR program in general has been wonderful for us, as a business. It gives us the money to do the R&D and, whenever we can, try to get a product out there for the marketplace,” said Donna. “When we started this Navy project, we were getting a lot of SBIR funding and very little sales, and now we’re 75 percent sales and 25 percent SBIR funding. We’ve gone from an R&D company to a sales company.”

In addition to PTI’s success with the military, most of the company’s efforts have focused on developing and selling electronic products for the biomedical research community. These tools are used by laboratories on animal models of disease for drug development, treatment testing, and other applications. For example, PTI’s biosensors can monitor real-time changes in brain chemicals while its electroencephalogram systems can record the electrical signals of the brain during sleep or seizure.

As a small business, PTI has the ability to pivot more easily than large corporations, according to David. So it can shift focus to work on the electronics for flight simulators if the need arises, as it did with the Navy SBIR solicitation, or quickly move from environmental permitting to the biomedical instrumentation.

“It’s easier for a small company to work on new things because we’re a lot more agile. Small companies can do an awful lot in a hurry,” said David. “With the SBIR program, the military gains flexibility and agility, and as a result, the people putting their lives on the line have better technology for training or warfare.”