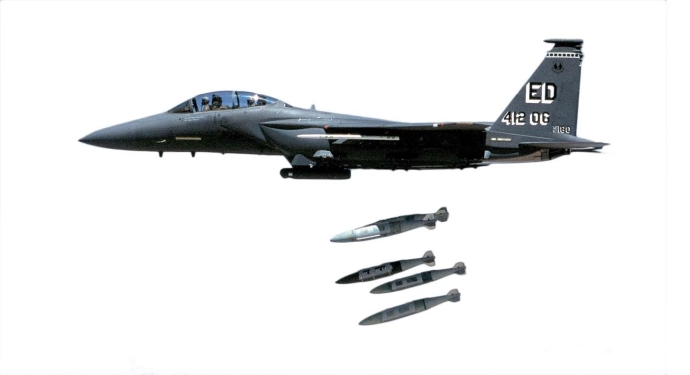 Whether it’s mixing pharmaceuticals, nanomaterials, or energetics for Department of Defense applications, the ResonantAcoustic® Mixing (RAM) technology uses sound energy to mix anything quickly, uniformly, and perfectly: solids-with-liquids, liquids-with-liquids, solids-with-solids, and liquids-with-gases. Applications for the processing method include sieving, milling, coating, and chemical reactions. RAM is revolutionizing many processes across a broad range of applications and industries on a global scale.

The Army was interested in gelled propellants for a number of reasons, including for use in deployable missiles. Gelled propellants can modulate the missile’s fuel burn rate and be stored safely. They’re also less prone to leakage if their enclosures are punctured or damaged.

“On the original SBIR call, the U.S. Army described that they wanted a technology to mix gelled propellants, which we were able to accomplish,” said Farrar, inventor, CEO, and president of Resodyn. “This SBIR funding helped move the technology to the prototype stage, which led to other agencies’ investments. The combined effort led to the technology being commercialized into a new product line that is now available to everyone.”

The RAM technology uniquely employs low-frequency, high-intensity acoustic energy to thoroughly mix even the most viscous compounds. There are no mixing blades or rotating components in the chamber, which reduces processing waste. Instead, the materials are mixed using vibratory energy. In addition to mixing everything from high viscosity rocket propellants and warhead explosives to pharmaceutical powders, RAM can also be used to coat particles with a uniform thickness in almost any vessel, including shipping containers, thus eliminating costly cleanup and contamination.

The RAM technology uses a sound energy generator driven by a patented mechanical vibrating system. The vibrating system exchanges potential and kinetic energy between moving plates and compressing/expanding springs, operating at resonance for maximum efficiency. Mixing is established primarily by the vibrating movement and the resultant sound energy that propagates into the medium in contact with the base of the mixing vessel.

“Subsequent to the gelled propellant work for the U.S. Army,” Farrar said, “Resodyn made inroads into the energetic mixing of various propellant, explosive, and pyrotechnic materials. The Army also had a need to manufacture explosive materials for a key weapons system. Resodyn was able to meet their requirement with the design and manufacture of a production scale ResonantAcoustic Mixing system. This project resulted in an innovative manufacturing process that allowed for the fabrication of the explosive material at one-third of the original cost, saving the military over $18 million to date. And it is still in service.”

The RAM has enabled the U.S. Army to make advanced propellant materials that have more power density, allowing weapons to fly farther. It also provides a solution for the manufacturing of energetics materials that cannot be produced any other way.

In addition to eliminating hazardous waste and contamination, Resodyn’s RAM technology also has faster cycle times. In one energetic material application, conventional processing can take up to 116 hours per batch. However, with RAM the total time per batch is 10 hours. In another process application, a customer reported a pre-RAM production rate of 2,500 units every 3 months; and a post-RAM rate of 5,000 units per month—a six-fold increase in production capacity.

“Our ability to understand and harness the benefits of low frequency, high-intensity acoustic energy has led Resodyn to launch numerous commercial products and a healthy slate of ongoing development projects,” Farrar said. “ResonantAcoustic Mixing operates at a system’s resonant frequency. By monitoring and controlling the energy input, the total energy can be amplified without detri¬ment to the overall system.”

Farrar described how RAM is currently being used at U.S. Army, U.S. Air Force, U.S. Navy, and intelligence agencies, as well as commercial sites and national laboratories around the world. “The RAM technology is being installed and customized for energetics applications for major munitions manufacturers at home and abroad,” he said. “In 2019, a large scale Resonant Acoustic Mixer is being built to make more energetic materials for the U.S. Army and U.S. Air Force; it has a 900-pound batch mix size capacity.”

Farrar pointed to the popularity of the technology as evidence of its efficacy. “Nearly 1,000 systems have been sold worldwide. Epiphanies occur when clients see what the technology does for their specific applications. This is why we primarily sell RAM using on-site demonstrations.”

According to Farrar, the mixing technology is a critical part of Resodyn’s product family. “The mixers are unique in the world, and we are the only people who offer this technology,” he said. “We do all the inventing, design, prototyping, and production.” Resodyn even hosts an internationally attended, annual conference dedicated to the discovery and exploration of RAM theory, practice, and hands-on use.

“The company offers good paying, technical, and business-related jobs,” Farrar said. “It is especially gratifying to know that cowboys in Butte, Montana make products that are sold around the world. Our business has a strong foundation of integrity, sense of community, and accountability. And it all started thanks to the SBIR program.”