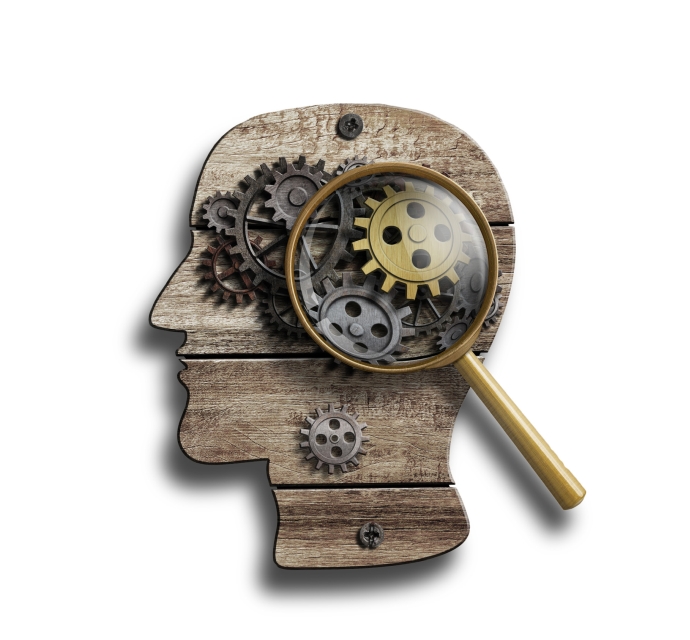 On April 13, 2004, Casey Jourdan, a National Guard Specialist serving in Iraq as a turret gunner, was wounded in a roadside bombing. There were no visible injuries. No broken bones, no internal bleeding. Afterward, she considered herself lucky, and remained deployed with her company. Nevertheless, the attack would change her life in dramatic ways.

Physically, as she would later discover, she had permanent, painful joint and nerve damage in her left shoulder, elbow, and wrist. But the worst injuries were harder to identify. Upon returning home to Montana, she enrolled in college, only to be quickly put on academic probation. Therapy for her post-traumatic stress disorder (PTSD) and resulting depression and anxiety helped Jourdan heal in essential ways, but she still had symptoms she could not categorize, symptoms that disrupted her academic course work and daily life. “I got lost driving around a town I’d lived in all my life,” she said. “I missed and forgot appointments. Simply running errands was frustrating and overwhelming. When I had outbursts of tears, I thought I was weak. When I couldn’t remember the simple task I was just asked to complete, I got frustrated. When I was put on academic suspension in college due to my poor grades, I internalized it as a fact that I was too dumb for college. My family and friends tried to be supportive of me, but not having a full diagnosis and the words to articulate what I was struggling with ultimately caused major rifts in my relationships. I felt completely alone in my daily struggles and thought I was inherently flawed.”

Since 2007, the “invisible wounds of war” namely traumatic brain injury (TBI) and PTSD, have received increased attention, gradually leading to some promising breakthroughs. In 2009, during a checkup with her neurologist about residual problems resulting from her other injuries, Casey was referred for a neuropsychological evaluation to screen for a concussion. It was only then, five years after the original injury, that Casey was finally diagnosed with TBI as the cause of her seemingly random symptoms.

One of the fundamental problems of diagnosing TBIs via traditional Magnetic Resonance Imaging (MRI) is the so-called “fiber crossing problem.” When imaging the neural fibers in the brain, a traditional MRI machine can’t accurately show whether continuous fibers cross over and under each other or if there is a break in the fiber, thus iden¬tifying potential damage.

Walter Schneider, Ph.D. a renowned researcher at the University of Pittsburgh, had, for decades, been focused on the study of brain processes in attention and learning. After founding Psychology Software Tools (PST) with Anthony Zuccolotto, a former student, their new company received a Small Business Innovation Research (SBIR) contract from the Navy in 1996 to develop a turn-key system for functional MRI (fMRI) studies and research, measuring brain activity by detecting small changes of blood flow associated with neuronal activity. The system included a Liquid Crystal Display (LCD), an auditory presentation system to deliver auditory stimuli to patients, a head stabilizing system with a microphone to allow two-way communication with the patient, and fiber optic response units attached to patients’ hands. PST also developed an initial set of fMRI stimulation protocols for motor, visual, and language tasks, and a workflow to obtain and analyze the images to create baseline brain activity maps.

Zuccolotto explained that the SBIR was pivotal to their small company’s success: “The SBIR allowed PST to transition from a niche market software company to an established provider for MRI software and hardware tools, including becoming FDA compliant and certified as a medical device provider.”

Technology derived from PST’s original funding finally solved the “fiber crossing problem” by using a novel brain mapping technique that used an advanced sampling of images. In traditional MRI, one brain fiber would be imaged from about 15 directions, limiting the accuracy of the images and leaving specifics to speculation. With the advanced brain mapping techniques, high definition fiber tracking (HDFT) diffusion imaging uses 128 different angles or directions to map a single location in the brain, giving conclusive information on whether a neural fiber is damaged or simply crossing under another fiber.

Solving this monumental problem of physics in MRI was only the beginning for PST. Recent PST and University of Pittsburgh technologies also addressed another major issue regarding diagnostic accuracy. Calibrated metrics that are reproducible across vendors of diagnostic equipment are the foundation upon which most diagnostic medicine is based (for example, blood tests, bone density, cardiac risk). Schneider noted that in the US in 2018 there were 81 million CT (computed X-ray tomography) scans—every one of which had quantitative calibration units (Hounsfield units) standardized across vendors. In sharp contrast, there were 39 million MRIs and none of them had quantitatively calibrated metrics or units that were stable across brain space, vendor, or time. This lack of calibrated metrics thwarts the development of diagnostic norms for MRI brain health.

PST’s new calibration system, “Phantom,” advanced diagnostic capabilities for MRI by introducing standardization across individual machines from the same maker and even across brands. Before this work, imaging was not standardized, and a physician could end up with highly disparate images and quantification of axonal loss for the same brain region even in the same patient. These issues only compounded because the military purchased MRI machines from different vendors, making it impossible to calibrate images not just for an individual patient but between patients using the same MRI machine and between MRIs from different makers. Phantom-based calibration provides the clinician tools to quantitatively track brain health over decades. This would benefit half a million veterans annually, providing quantification of brain damage and showing if treatments are working to regrow brain connectivity.

According to Schneider, “Phantom” is a great illustration of the importance of the SBIR program as a whole: “There are always big risks involved in doing this vanguard research, and we feel privileged to have support from DoD and the Veteran’s Administration. To change the world, you need really smart people, really great technology, and about $10 million in funding.”

Schneider explained that this technology is valuable for the military in making decisions about if and when to send warfighters back into action, and how to best support them once they return from active duty. This new technology could also change standards of care overall and impact civilians as well as military personnel. Professional athletes, car accident survivers, individuals on the autism spectrum, and patients with neurodegenerative diseases such as Alzheimer’s, could all potentially benefit from highly specialized brain mapping and localized damage identification. “Currently, we’ve already expanded the spread of the technology to 60 different countries and 50 of the world’s top research institutions,” Schneider said. “We work with all major MRI machine makers to continually advance and standardize protocols for enhanced diagnostic techniques.”

Colonel Dallas C. Hack, MD, recently retired director of the Combat Casualty Care Research Program at U.S. Army Medical Research and Materiel Command in Fort Detrick, Maryland, collaborated closely with PST in the early days. Hack explained that in the late 90s and early 2000s, TBIs weren’t well understood and often dismissed: “Because the symptoms of TBI are often vague and so much stigma is associated with mental health, patients were made to feel crazy by the very doctors charged to help them. The physicians needed to be educated on TBIs to provide accurate diagnoses and effectively help patients. Receiving a diagnosis and understanding the cause for their symptoms dramatically reduces patient anxiety and increases hope that improvements can come through targeted treatments.” The ability to customize treatments and therefore reach better rehabilitation outcomes is one of the most encouraging results of this work.

Casey Jourdan echoes these sentiments: “I was among the first troops from the Montana National Guard to return to our state during the Iraq and Afghanistan wars,” she said, “and I was one of the first wounded as well. Neither the military nor veterans’ medical systems were aware of, or screening for, the concussive injuries that would become the hallmark of my era. I didn’t have any friends that had been through anything like what I was experiencing. I felt alone and broken and didn’t have the diagnosis or language to explain what I was feeling or to be able to ask for help.”

Schneider and Hack both stressed that understanding the precise location of injury in the brain, down to identifying the exact circuits damaged, is the actionable information they need to make accurate diagnoses and suggest specific treatments for recovery. “Treating all TBIs like the same problem is like treating all cancers with the same drug,” Hack said.

This work has also helped in diagnosing and treating mild and moderate TBIs, especially in cases where multiple TBIs affect one patient and create a more complex challenge for treatment. These new types of highly tailored therapies allow patients to make new neural connections, so brain damage can either heal or other parts of the brain can compensate for the damage. They have been able to successfully address a wide variety of TBI symptoms such as sleep and memory loss, vision problems, issues with attention, response time, muscular function, and cognitive issues. One of the most heartening outcomes is not just an increase in survival rates for severe TBI patients from 15 percent in 1990 to 75 percent in 2010, but also the improvement in the quality of life for survivors who are much more likely to integrate back into their communities and lead fulfilling lives. In April 2019, Psychology Software Tools received additional funding from the Department of Veterans Affairs to use the Phantom technology for calibrating MRI machines at VA and TRICARE scan sites benefitting active military personnel and veterans.

Casey Jourdan confirmed how vital this technology could have been in her own journey: “Access to an early and thorough TBI diagnosis would have been life-changing, saving me five years of wondering what was wrong with me.”

Thanks to the Navy’s SBIR program, that technology now exists. Zuccolotto added, “The SBIR allowed us to take the necessary risks to expand into a new area, commercialize cutting edge ideas developed in this research, and take leaps as a company that would have been impossible without this funding.”