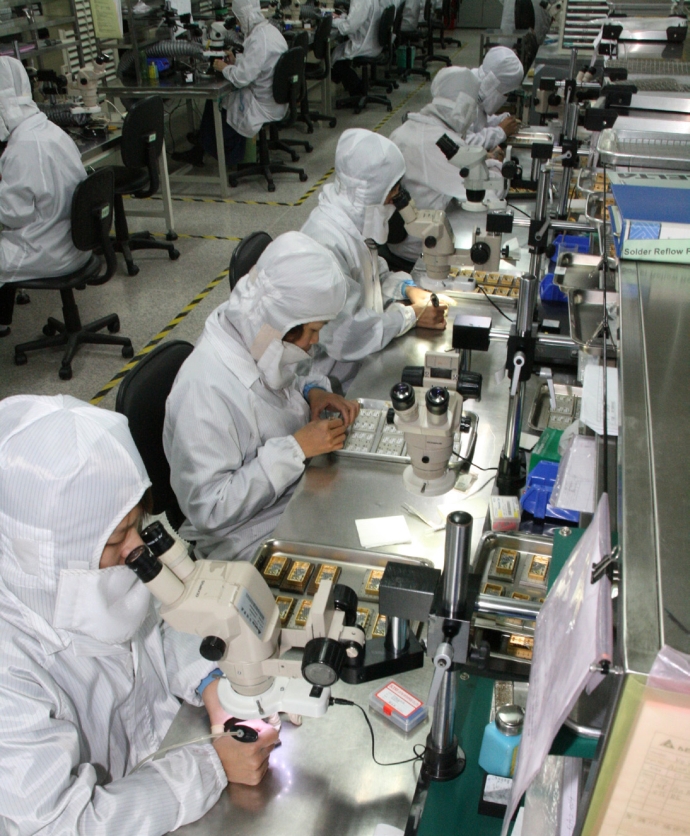 Every few minutes, every day of the year, a commercial pilot somewhere in the world sits down in his seat, puts on his headset, and takes his first reading of the flight panel in front of him. Behind him, barely noticed, the jet engines hum at idle, putting a slight vibration in the floor.

What he doesn’t know, what he doesn’t need to know, are the details behind the advanced power conversion technology that provides him with critical knowledge of the plane’s flight computers and navigation systems. He doesn’t need to understand how DC-DC power converters send the right voltage for each system, as needed, through an integrated circuit technology that has seen huge advances over the last several decades.

But as sure as he needs to follow his preflight checklist, these electronic power converters are at the heart of his upcoming flight. Operating at high levels of efficiency and reliability, they are also dense enough to reduce the shock of vibration, and temperature extremes—and, in the case of satellite applications, high radiation.

VPT developed DC-DC converters using relatively conventional technology refined through the SBIRs. Over the next few years, VPT found its niche in manufacturing and reli-ability of delivery, according to Dan Sable, founder and president of the company. Soon the small company’s converters were being sought not only by NASA but also by several U.S. military prime contractors, including Raytheon, Harris, L3 Communications, and Lockheed Martin. Two decades later, VPT is the world’s largest manufacturer of DC-DC power converters for high-reliability applications. Each month it produces 10,000 converters for military, commercial aerospace, and space applications.

“That SBIR really jump-started the company,” Sable said. “Without that SBIR we probably wouldn’t be here.”

The thick-film, hybrid, micro-electronic technology is an alternative to printed circuitry board technology, and is generally smaller and more robust. VPT’s method is to integrate bare die (as opposed to packaged) semiconductors onto a ceramic substrate, along with capacitors, inductors, and transformers, and then hermetically seal the package.

In recent years, DC-DC converters for space applications have come into demand. And while achieving high density and high performance with good thermal design were early goals, the need for reliability in the presence of the elevated radiation levels has been an additional challenge. Field workers have coined the term “rad-hard” to describe the materials and design techniques required for power converters used in space vessels and satellites.

One approach cited in the SBIRs VPT received in 1995 and 1996 was to use gallium arsenide (GaAs) transistors instead of silicon—to achieve a higher efficiency, rad-hard design. That material was evaluated but the “technology did not take hold,” according to Sable.

However, it did lay the groundwork for another approach. A few years ago, the company turned to a similar semiconductor material, Gallium Nitride (GaN), that offers much higher efficiency and radiation hardness. “The Gallium Nitride technology that we are incorporating had its origins in the SBIR,” Sable said. “We played a role in evaluating that technology early on and saw that kind of technology paid a benefit. Now we’re delivering on that.”

According to Sable, other SBIRs VPT received, in 2002 and 2003, also played an important role in the company’s growth. The Phase I and II contracts, titled Parallel Connected Converters with Innovative Control, were essential to the company’s development of converters designed for early GPS applications.

In 2018, military applications still totaled about 70 percent of the company’s sales, but Sable said the interest in putting up satellites for a variety of purposes has made the space industry the company’s fastest growing market.

VPT was acquired by Heico Companies, LLC, in 2009 and now operates independently in the Heico Electronic Technologies Group. Heico employs about 9,000 people worldwide.

From legacy power converters to rad-hard space components, VPT has seen a compound annual growth rate of 20 percent for the last 16 years. “We’ve never really had a down year,” Sable said.

The growth arose, in large part, from VPT’s innovation. And the innovation came, in good measure, from those early SBIR awards. Power conversion, it turns out, can happen in more places than satellites and cockpits.