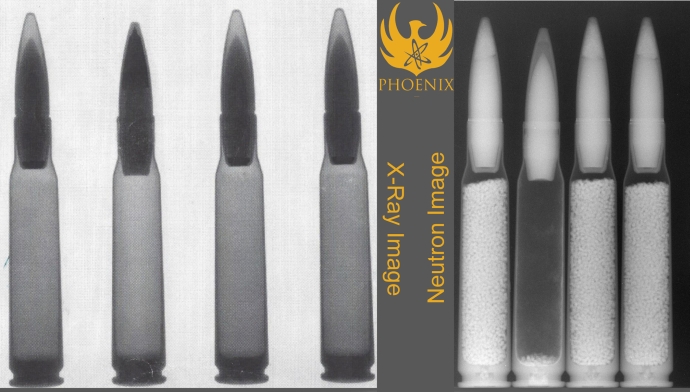 In 1895, scientist Wilhelm Roentgen conducted a series of experiments on electricity routed through a specific kind of vacuum tube. Quite by accident, he noted that a nearby screen coated with barium platinocyanide was glowing. He covered the vacuum tube with a thick cloth, but the glow persisted. Later experiments revealed that the mysterious electromagnetic radiation, the “x-rays” that were reacting with the screen, could pass through not only cloth but other substances as well—some better than others. Cloth and soft flesh, yes; metal, not at all. During the next six weeks of experimentation, Roentgen famously placed his own hand between the x-ray source and a sheet of photographic film, capturing the world’s first x-ray.

A century and more later, radiography has advanced to improbable heights. In addition to standard x-rays, there are computed tomography (CT) scans and mag¬netic resonance imaging (MRIs), among others. These scans are all still limited, however, by that singular problem evident from the beginning: the waves pass through some substances more readily than others.

Lawrence J. D’Aries is a research physicist and is the subject matter expert for x-ray inspection technology integration for the US Army CCDC-Armaments Center in the B.908 Radiography Laboratory at Picatinny Arsenal in New Jersey; “We have a radiography lab here on post,” he said. “So we have x-ray machines and detectors. We have computed tomography capability which is essentially 3D x-ray, which is akin to a CAT scan in the medical world. But one of the things we don’t have is neutron radiography capability.”

Sometime around 2010 a Small Business Innovation Research (SBIR) solicitation was issued by the radiography lab, searching for a company that could produce neutrons for nuclear radiography without the use of a nuclear reactor or radioactive material. “We wanted to create neutrons electronically,” he said.

Commercial neutron generators existed, but they all shared the same problem. “They don’t put out enough neutrons.” D’Aries said. “The flux of the neutrons is not enough to take neutron images in a reasonable time frame. Exposure times were many hours, even days, long. And it’s just not practical to do neutron radiography that way.”

Since its founding in 2005, Phoenix has specialized in the manufacture of commercial neutron generators. Applications for their technology have been found in medicine (isotope production), aerospace (radiation effects and radiography), defense, and other arenas. “Phoenix came up with a novel way to produce a very high flux of neutrons electrically,” D’Aries said.

Bradley Bloomquist, director of business development for Phoenix, said, “The army was looking for a new way to perform nondestructive testing.

Something that would allow them to inspect munitions.” The way these tests are currently performed, as described by Bloomquist, the parts to be tested have to be taken to a nuclear reactor facility, usually on a college campus. “And those guys, understandably, aren’t very keen on taking energetic materials (munitions) and putting them next to a nuclear reactor.”

With support from the Department of Defense’s SBIR program, Phoenix has developed a small particle accelerator that can generate enough neutrons and slow them down such that they can be used to create radiographs. “It can accomplish what a neutron reactor can do in terms of quality and throughput, and now the army can place these at munition production sites.,” Bloomquist said. “It’s a new tool in their tool belt to make sure that their munitions are safe and effective.”

Dr. Evan Sengbusch, President of Phoenix, has been with the company since 2012. “Nuclear fusion is the same reaction that powers the sun,” he said. “In this case, we’re taking light elements and fusing them together, as opposed to traditional nuclear power, which takes heavier elements and breaks them apart.”

They are accomplishing this feat in an affordable, relatively portable fashion. “The primary accelerator component has a footprint around 2 meters by 2 meters,” Sengbusch said, “and is 6 to 8 feet tall. There’s a beam line that comes off it that’s probably 2 meters or so that attaches to the target assembly where the neutrons are produced. So these things can sit in a mediumsized room.”

As explained by Sengbusch, the army is interested in their technology to inspect high-density components, visualizing defects that could potentially lead to loss of life or loss of major military assets. Describing the interior of a missile or artillery shell, he said, “If you have a small bubble on the interior of your fill, when you fire that munition, there’s a compressive force on the entire round. And that bubble, if compressed, could superheat and cause the entire round to explode right there when it’s fired. This still happens today. Warfighters can lose their lives due to defective munitions. And it’s a problem that still hasn’t really been solved. That’s the advantage that neutrons bring to the table.”

To inspect a missile or artillery shell, you need to penetrate the outer shell and visualize the energetic fill inside that product. Sengbush said, “The notion of building a nuclear reactor at a price tag of a few billion dollars isn’t a practical solution. But we’ve found a way to produce equivalent nuclear output to a nuclear reactor using a relatively low-cost particle accelerator.”

Phoenix delivered a prototype to the Radiography Laboratory at Picatinny Arsenal in 2012, at which point they moved toward SBIR Phase 3, building a more advanced, higher-resolution system suitable for implementation in a load plant where these munitions are produced.

As Phoenix has worked on these SBIR contracts, other successes have also presented themselves.

“I believe it was in 2015 we were awarded another phase 2 enhancement off this same contract,” Sengbusch said. “That one was geared to repurposing core generation nuclear tech to make a smaller, lighter version of the system that could be put on a vehicle for detection of concealed or buried explosive devices.” As described by Sengbusch, the way this technology works, every element, when it is hit by a neutron, emits a gamma ray of a specific energy. “By measuring the energy of the gamma ray you’re able to tell what elements are out there in the world.” Explosives have certain elemental signatures, and so buried IEDs can be detected at a dis¬tance. “We’re at the tail end of a two-year, $3 million contract to build a prototype on a vehicle for counter explosive operations.”

As the technology moves toward adoption by the U.S. military, it is simultaneously moving into the commercial sphere as well.

In the aerospace industry, it’s necessary to inspect the turbine blades that go into aircraft jet engines. As manufactured, turbine blades contain cooling channels within their structure. These channels are initially made out of ceramic, then the metal blade is cast around them. After casting, the ceramic is removed, but the process of removal isn’t perfect. There’s a need to inspect every blade to make sure it doesn’t contain a remnant of the ceramic core. Even a small amount of residual ceramic can create a blockage that prevents airflow and damages or destroys the engine. “We are engaged with many of the large engine manufacturers as they look to transition away from nuclear reactors to bring nuclear inspection in house to their facilities,” said Sengbusch. “What they’ve been doing is packing up millions of blades a year and shipping them to nuclear reactors for inspection. It’s a huge logistical burden. There are only a few places left that provide this type of inspection, and many of them are getting shut down. This alternative tech is critically important for the aerospace industry.”

Phoenix recently held a grand opening ceremony for its 10,000-square-foot neutron imaging facility in Fitchburg, Wisconsin, which will begin accepting orders from new clients early in 2020. The Phoenix Neutron Imaging Center (PNIC) will be the first industrial radiography facility to offer both x-ray and neutron imaging services under the same roof. “PNIC represents a critical milestone on Phoenix’s journey to make high-performance, reliable, and safe nuclear technology more broadly available to any industry,” Sengbusch said.

From a start with munitions inspections for the U.S. military, expanding into mobile detection of IEDs, and including turbine inspection for commercial manufacturers, the innovations from Phoenix, as empowered by the SBIR program, are reverberating throughout American industry.