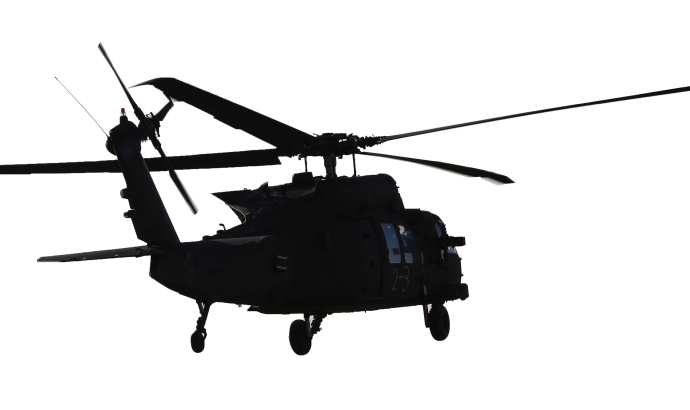 MAINTENANCE on the HORIZON

High tech equipment can be expensive. And when you’re talking about aerospace, wind turbines, rail, and medical equipment, it can be really expensive. Expensive to buy and expensive to maintain. Consider the rotor on a helicopter. While some parts on the rotor may have been designed to last 20 years, sometimes they fail early. Do you do costly physical inspections? Is there a way to save money on maintenance and still stay safe?

Data from Sentient Science’s initial phase of research resulted in another SBIR contract to create a database of information that could be used to represent the physics of bearing failure accurately enough to model bearings in any type of application. Sentient Science modeled damage progression on healthy bearings to simulate how long they took to fail. This helped the military improve bearing life for rotating components, like those in Black Hawk helicopters and gears in F-35s.

Materials fascinate the people at Sentient Science. They like to take wind turbines apart to see what each piece is made of. They take samples of components retrieved from the field and do stress measurements, looking at their microscopic structure. All this information goes into a database and becomes part of a mathematical model. Then they take the operational real-world data and continue refining the model.

The detail they go into is amazing. Since the same part may be highly different depending on where it’s from, they include information on each manufacturer, the location where the part was made, and the material source. NASA has evaluated their approach and found it to be highly accurate. Their scientists have transformed the industry – physical testing is no longer needed. By using data models, more data points can be tested in less time.

The work that Sentient Science did for the Navy eventually resulted in Digital Clone Live, Sentient Science’s software tool. Digital Clone Live provides 18-month rolling forecasts based on models of the physics of failure. Now the military can tell if it’s safe for a Black Hawk helicopter to make one more mission before installing new bearings, and a wind energy operator can tell when a turbine part needs replacing without going out to inspect it.

Purchasing decisions can now also be made based on the projected longevity of a product. One bearing might cost more initially, but if it lasts longer, it can be cheaper over its lifetime. By knowing who makes it, where it was made, and what it is made of, Sentient Science is helping buyers understand which equipment will last the longest. Their models even take into account the environment in which the equipment will be used, since cold weather makes parts brittle and blowing sand can wear out components in different ways. In the end, DigitalClone Live is not just an engineering tool but an asset management tool as well.

Because DigitalClone Live’s predictions are often better than that of the manufacturer’s, vendors are also getting involved in the process. DigitalClone Live can help them make their products better and show them how to extend the life of an asset. When a new gearbox comes onto the market, Sentient Science often gets the design from the original manufacturer so they can put it straight into the modeling process. They can then let customers know if this gearbox will last five years longer than another one they might purchase.

Sentient Science started out working with the military and NASA. And while these entities are still a big part of their pedigree, they’ve also expanded into the civilian marketplace. In the realm of renewable energy, their goal is to decrease wind energy costs by 13 percent. The company is also expanding into rail and heavy industry.

Nathan Bolander, the Chief Scientist at Sentient Science, thinks that 3-D printing is going to be a “game changer” in the years to come. For example, if you want to put a part on an aircraft, you have to prove it’s as safe as the previous version. 3-D printed materials will have different behaviors between printings, so the type of modeling that Sentient Science provides will be even more important.