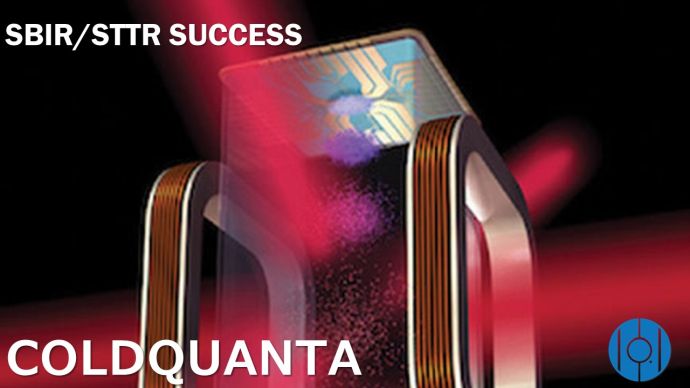 Only a decade ago, quantum computing was an exotic topic solely reserved to a small group of specialized scientists. Today, quantum computing has gained the public interest, and many Venture Capital (VC) firms have started investing in quantum-technology companies, including several spinouts from universities. The excitement is linked to the potential of large quantum computers to solve certain problems exponentially faster than any of our current classical computers. This ability would provide a solution to the foreseen slowdown of Moore’s law and consequent scaling of classical computing performance.

Quantum computing is based on quantum bits (qubits) as opposed to classical bits, and thus takes advantage of superposition and quantum entanglement to make computations far more efficient than a classical computer. While a classical computer bit can only be in one state at a time (a “0” or a “1”), a qubit can represent both simultaneously. This property exemplifies the power of quantum computations: any quantum algorithm operating on a qubit operates simultaneously on all possible combinations. This also means that as the number of qubits used increases, the number of combinations it can consider scales exponentially. It has been suggested that at 72 qubits quantum computers will be able to surpass classical computers in terms of performance for some very difficult problems.

Quantum Key Distribution (QKD) can solve this problem using polarized photons to transmit data from one location to another. By comparing the sequence of beamsplitters used by the receiver to read the polarization of a series of photons, sender and receiver can determine a sequence of bits they both know, and whether the photons are read or copied in any way by an eavesdropper. However, quantum processing technologies operate at a shorter wavelength than the telecom band used over optical fiber, and traditional wavelength conversion methods are unsuitable for high efficiency wavelength conversion of single photons transmitting quantum information. To add to the challenge, quantum signals cannot be amplified, and laying a fiber-network compatible with quantum wavelengths is not only infrastructure-intensive but fundamentally infeasible because sub-micron wavelengths suffer high attenuation in fiber transport.

By leveraging support from across the SBIR program, including a recent DOE Phase I awarded in 2019, ColdQuanta is developing a means to enable long-distance quantum communication and distributed quantum computing via the global telecom fiber network by converting the wavelengths of entangled photons to values that can transfer over optical fibers. Although the wavelength converter development has a clear commercialization strategy in mind, this technology leverages a vast existing foundational technology, which involves the production and manipulation of laser-cooled atoms and quantum degenerate gases.

ColdQuanta, a world-leader in commercial cold atom systems, developed its core technology with the support of SBIR, STTR and other funding from several Government agencies. The company has achieved important breakthroughs that will contribute to the development of a variety of quantum systems. Trapped and cooled neutral atoms are a promising physical platform among a few that have emerged in the past 20 years as contenders for quantum computing hardware—a physical way to produce a series of qubits with high fidelity. This technology makes it possible to create 2D arrays of single atoms, each array representing a qubit. Therefore, it addresses one of the main challenges in quantum computing: scaling up to a large number of qubits. ColdQuanta’s advances in vacuum technology address another key demand of quantum computing: ensuring that the atom arrays (qubits) are well isolated from the environment, preventing decoherence of their fragile quantum state.

ColdQuanta’s latest results in quantum networks have attracted VC firms like Maverick Ventures and Global Frontier Investments, which have provided a total of $17M in two rounds of investments. In addition to quantum information processing, these funds intend to accelerate a broader set of applications based on ColdQuanta’s “Quantum Core™” technology, including navigation instruments, gravity sensors and atomic clocks. Developing a platform to address multiple applications has been the vision of ColdQuanta’s founder Dr. Dana Anderson, professor at the University of Colorado and current CTO of ColdQuanta. Since the company was founded in 2007, ColdQuanta has followed a twofold strategy: on one hand, the company has developed instrumentation and services enabling scientific research; on the other hand, it has actively engaged in a variety of civil and military government contracts and grants to develop application-specific technologies. This approach has proven successful in attracting private investments because it provides risk mitigation—a way to avoid relying on just one product for market entry. In addition, support from Government agencies is viewed very favorably by VCs because it shows that the technology being developed is critical to the US’s national industrial base.

“The SBIR grants from the DOE (3 Phase I awards in total) and other Government agencies, specifically the Department of Defense (DoD), the national Science Foundation (NSF), and the National Aeronautics and Space Administration (NASA), validated our investors’ premise that ColdQuanta’s precision instruments are sought by reputable scientific laboratories worldwide, and address a market beyond quantum computing,” explains Dr. Maximillian Perez, Director of Business Development at ColdQuanta. The SBIR grants have been critical to carry out the R&D needed to manipulate atoms with incredible precision. At the same time, Government contracts have helped the company to define how its R&D best translates into commercial products. One of ColdQuanta’s leading instruments, RuBECi, is a self-contained ultrahigh vacuum system, which produces a Bose-Einstein condensate made of rubidium atoms for scientific and educational applications. An updated version of RuBECi was launched in December 2019 to the International Space Station (ISS) where it forms the heart of the ISS cold atom lab.

ColdQuanta’s business model focuses on producing larger and more integrated systems, and on scaling up manufacture. However, in many cases, ColdQuanta’s plan involves fabricating only the units requiring the company’s core atomic systems expertise, not the final product to be sold. This equipment is subsequently sold to an Original Equipment Manufacturer (OEM) for product assembly and marketing.

Through sustained support from SBIR, ColdQuanta has developed and commercialized transformational technologies born from fundamental physics research and has now reached the potential to disrupt existent markets. Today ColdQuanta is rapidly growing, having transitioned from 23 to 50 employees in just one year. Recently, the company opened a UK subsidiary to build on the prospering developments in quantum technology both in the UK and across Europe.