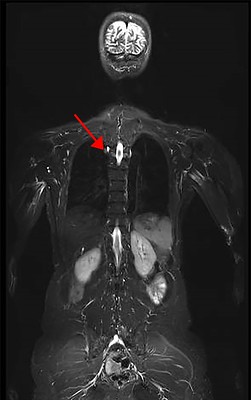 Every year in the United States thousands of people receive lung biopsies to screen for cancer and lung infection. During the procedure, a long hollow needle pierces the lung to collect tissue. About 30% of the time, those punctures can cause the lung to collapse, which can lead to hourly x-rays, overnight hospital stays, and costly medical bills.

To help address this public health problem, the company Biopsy Sciences invented a way to immediately seal puncture wounds in the lungs formed by biopsy needles, greatly reducing the incidence of collapsed lung, which causes sharp stabbing chest pains that make it difficult for patients to breathe. But the founding of this NIH-funded company didn’t start in a lab or a hospital—it started on a soccer field.

Fred Ahari was watching his son’s soccer game when he sparked a conversation with fellow soccer dad John Fisher, a radiologist who would soon become Ahari’s business partner. With Ahari’s background in medical devices and engineering, and Fisher’s background in radiology, the two started brainstorming solutions to biomedical problems. It wasn’t long before they were drawing up a business plan and in 2000 they founded the company Biopsy Sciences in Clearwater, Florida.

In 2003 the company received a Phase I Small Business Innovation Research (SBIR) grant funded by the National Cancer Institute (NCI) to investigate a biodegradable sealant for lung biopsies. The sealant works by plugging the area around the biopsy puncture hole, and then expands thus reducing the likelihood the lung will collapse. Over time, the plug is broken down harmlessly by the body. Ahari says the NCI Phase I funding, together with a 2005 Phase II SBIR grant, enabled them to validate their sealant approach.

The resulting product, BioSEAL, was shown to decrease biopsy-induced lung collapses by 50 percent. In 2007 BioSEAL, now called BioSentry, was purchased by Angiotech Pharmaceuticals and is now available to consumers. Biopsy Sciences continues to provide the core materials for the sealant.

To Ahari, the public health benefits of the product is clear. He cites the high costs associated with treating and monitoring patients with a collapsed lung, which have been reduced by half with the help of BioSeal. 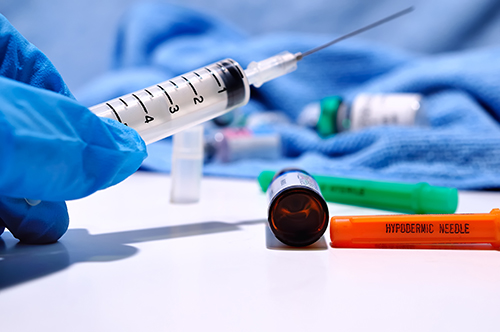 Ahari says NIH funding—which the company has also received from the National Institute of Diabetes and Digestive and Kidney Diseases as well as the National Heart, Lung, and Blood Institute—was important in helping explore solutions to this pressing biomedical problem.