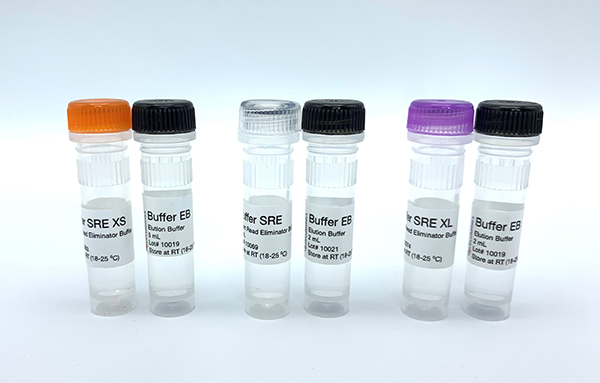 The 13-year Human Genome Project was an amazing scientific milestone that cracked our genetic code. Today, we can map genomes faster and more accurately in part thanks to innovative scientists like Kelvin Liu.

Liu decided he wanted to start his own company while working at a pharmaceutical start-up after college. Two jobs and one Ph.D. later he founded Circulomics to improve the quality of genome sequencing, not only to map human DNA, but DNA from any organism. But the switch from academic to entrepreneur wasn't easy. Liu says funding from NIH’s Small Business Innovative Research (SBIR) grants helped him make the jump from working as a postdoc at Johns Hopkins to working full time at the company.

Genomic sequencing today often relies on decoding small pieces of DNA, which are later strung together in the correct order using computer algorithms. Circulomics’ technique coats long strands of DNA with protective nanodiscs so the strands don’t break, leading to less sequencing errors when the DNA is strung together. Liu likens the Circulomics process to a puzzle with less pieces—it’s easier to assemble a puzzle with 50 pieces versus 5,000.

Recently Circulomics researchers set the record for sequencing the longest consecutive piece of DNA. They’ve shipped their genomic kits to academic labs, government research institutes, and biotech companies in more than 40 countries. Circulomics’s profits are on track to surpass their total SBIR funding by next year.

Liu says researchers use their DNA sequencing kits to answer a myriad of scientific questions. One group studies spider DNA to understand web-weaving behavior, which could give us hints about the aging process. Another group is sequencing DNA from gut bacteria to study the human microbiome. Decoding new genomes could also help scientists pinpoint neurochemical pathways or treat cancer.

Moving forward the company will continue to expand their genomics kits to extract new types of DNA, for example from preserved tissue samples.

Liu says SBIR funding has been critical to the company’s success,and is why Circulomics has progressed so far without the needed to seek additional funding from investors. To date the company has received six Phase I and five Phase II SBIR grants from the National Institutes of General Medical Sciences, Environmental Health Sciences, and Human Genome Research Institute. “Without [SBIR] funding, we would have no company,” says Liu.