SBIR-STTR-Success: Accidental Discovery Leads to Glasses for the Color Blind 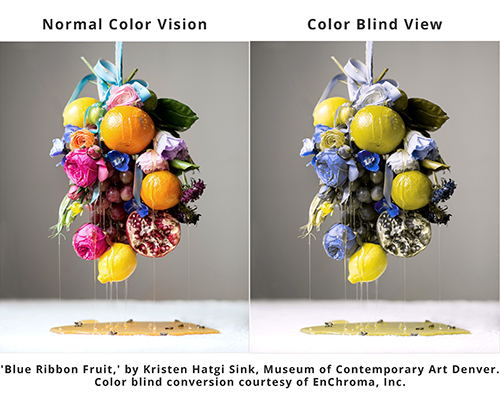 On a customer review page, a man leaves a five-star review for the glasses he bought his 70-year old father-in-law to improve his color vision. The man describes his father-in-law’s response: “He held back the tears as colors came into view for the first time.”

The glasses were made by EnChroma, a Berkeley California company that got its start after Don McPherson accidentally discovered a fix for color blindness while developing eye protection for surgeons using lasers.
Red-green color blindness affects about 1 in 12 males and 1 in 200 females. The consequences of the condition can range from mistaking a green tomato for a ripe one to errors in ship and airplane navigation.

But McPherson wasn’t thinking about color blindness when he handed his friend his new invention to try on, which he had noticed had the interesting added benefit of making colors ‘pop’. His friend, who was red-green color blind, stared through the lenses at an orange cone on a grassy field, finally able to tell them apart by color alone.

McPherson was struck with an ‘aha’ moment and decided to shift scientific gears to understand how the lenses corrected color vision deficiencies.

Having already obtained three Small Business Innovative Research (SBIR) grants to investigate the laser-protection lenses for surgeons, McPherson then applied for an SBIR from the National Eye Institute (NEI).

The Phase I SBIR grant, awarded in 2000, helped the team build a mathematical model to guide the design of colorblind-correcting glasses. Because red-green color blindness is caused by an overlap in the signals received by red- and green-sensing cones in the eye, glasses that filter out the overlapping wavelengths of light allow the wearer to see red and green as different colors. The subsequent 2003 Phase II SBIR grant supported product development and a small pilot study, which suggested that the glasses could indeed assist color vision in some people. 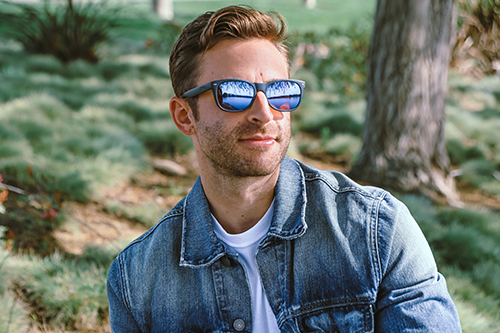 Co-founder Andrew Schmeder says early NIH support through funding and external validation was crucial for the company’s success. “Having those pieces was really essential to talk to investors and convince them that it was a legitimate and well thought out idea.”

EnChroma has helped tens of thousands of colorblind people see a more vibrant world. Schmeder says watching someone put on the glasses for the first time never gets old.

Most recently, EnChroma launched their Lx lens series to improve vision for those with disorders like macular degeneration, glaucoma, and cataracts. “It's estimated that up to eight percent of the U.S. population has some kind of vision disability that can't be fully corrected with normal eyeglasses,” says Schmeder. “If we can help them be more independent and have better mobility, I think a lot of positive life outcomes can come out of it.”