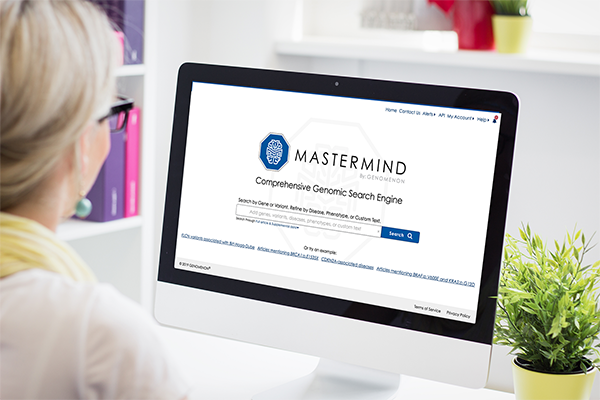 Since scientists mapped the human genome in 2003, the amount of genetic information researchers have gathered is enormous and continues to grow. But organizing millions of pieces of genetic data into a useful resource for detecting disease has been no easy feat.

Genomenon founder Mark Kiel was frustrated with the time and effort it took to look for the genetic information he needed to design his experiments. So he built a computer algorithm to make searching for the data easier while working as a molecular genetic pathologist at the University of Michigan.

Once Kiel recognized the value of his algorithm, which outperformed what was available at the time, he decided to form a company in 2014.

Mastermind, the resulting database, aggregates genetic data from millions of scientific articles using artificial intelligence and then annotates the findings to make them easily searchable by anyone. The program is available for free for individuals and small laboratories.

Kiel says the Phase II funds, which were distributed in 2019, helped the company make Mastermind a usable software platform to aid clinicians in diagnosing disease. Genomenon’s professional version of Mastermind allows commercial labs to sift through large sets of data in a short amount of time.

NIH funding also gave the founders confidence that they were onto something worthwhile, which put them in a good position to attract funders, Kiel says. “We were able to parlay that confidence into our conversations with investors [who] saw that we had sizeable funding from the NIH, [which] was really a tipping point in securing the institutional investment.”

Mastermind aggregates genetic data from millions of scientific articles using artificial intelligence and then annotates the findings to make them easily searchable by anyone.

In 2019 Genomenon was awarded a second SBIR grant from the NHGRI. Kiel says the Phase I funding is helping the company make their software interactive, so that users can add insight to the database.

The company has received multiple awards for Mastermind, including a Best of Show Award from Bio-IT World in 2019. They recently partnered with Google to make genomic data available on the Google cloud platform, and with the Rare Genetics Institute, where Genomenon provides free access to the professional version of Mastermind to accelerate rare disease diagnosis, treatments, and cures.

Kiel says the company is now working on increasing automation of their software to make Mastermind more widely adopted by clinicians and researchers, which “will lead to more and more patients being accurately diagnosed and treated, which is our mission.”