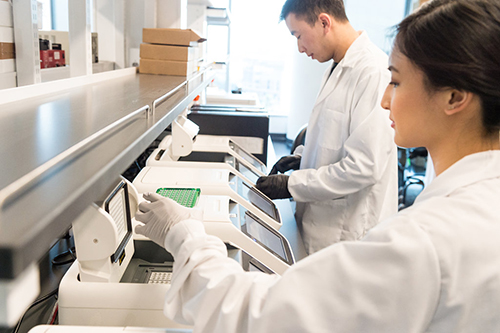 New drugs to treat cancer and immune system disorders take significant time and money to identify, develop, and test. But for patients suffering from these diseases, there’s no time to lose.

The biotherapeutic company GigaGen has developed a new way to screen for drug candidates, with the promise that it will lead to the discovery of more potent, less toxic treatment options.

David Johnson, founder and CEO, says funding through Small Business Innovative Research (SBIR) grants was essential to GigaGen’s success, especially in the early days. “There were several years where our only source of financing was federal grants. We wouldn't be having a conversation if it weren't for those grants,” says Johnson.

Founded in 2010, the San Francisco-based company has grown to almost 40 employees and has received SBIR grants from various NIH institutes, including the National Institute of Allergy and Infectious Diseases and the Eunice Kennedy Shriver National Institute of Child Health and Human Development. The grants have allowed the company to both develop their innovative screening technique and to investigate drug candidates targeting a variety of diseases. Johnson says one project funded by the National Cancer Institute has helped establish GigaGen as a leader in identifying potential cancer therapeutics.

GigaGen’s ultimate goal is to develop a new generation of drugs to treat all forms of immune system disorders. 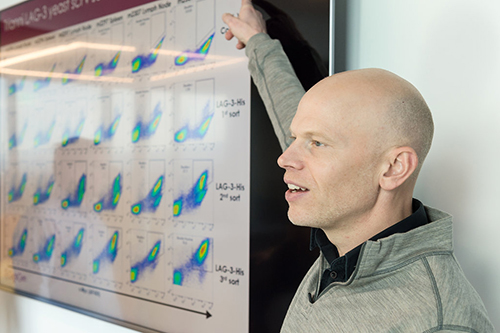 The NIH also supported Johnson’s travel to several BIO International Conferences, which is where he met representatives from Grifols, a Spanish-based healthcare company that would become GigaGen’s first partner. GigaGen received $50 million in the 2017 partnership and is co-developing drugs to treat patients with primary immune deficiency. Johnson says treatments currently on the market are expensive and time-consuming to both make and administer. The alternative drug GigaGen is testing is more potent, meaning patients will need less of the drug less often, resulting in lowered healthcare costs overall.

Johnson hopes that by using his innovative drug screening process, GigaGen will discover better alternatives for current therapies that have toxic side effects. Not only are toxicities harmful to patients, they are expensive to the healthcare system. GigaGen is currently developing a less toxic alternative to the drug Ipilimumab, which treats patients with late-stage skin cancer.

GigaGen’s ultimate goal is to develop a new generation of drugs to treat all forms of immune system disorders.