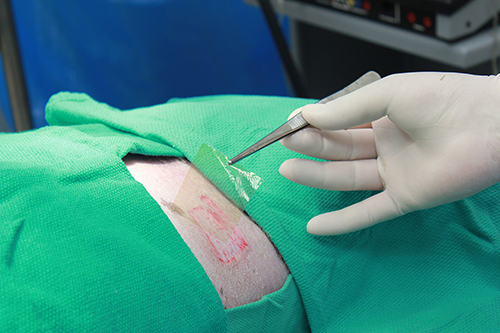 While sitting in a medical seminar at the University of Madison-Wisconsin, Ankit Agarwal was concerned when he heard about the painful process child burn victims undergo every day when doctors have to remove and reapply their wound dressings. The seminar speaker gave an open-ended call to engineers in the audience to think of solutions that could reduce daily redresses for these children. Agarwal, a scientist studying tissue engineering, had a spark of inspiration—what if the wound dressing process could help prevent the infections that redressing was meant to avoid?

In 2010 Agarwal co-founded Imbed Biosciences with a team of surgeons, engineers, and a microbiologist while he was working as a postdoctoral researcher for the university. But in 2012, with funding support from a Small Business Innovative Research (SBIR) grant from the National Institute of Arthritis and Musculoskeletal and Skin Diseases, he was able to focus solely on developing wound healing technology.

The Phase I and Phase II SBIR funding allowed the team to invent a wound-coating material resembling cling wrap that conforms to an injury and releases low-levels of antimicrobial silver. Once applied the film-like material can be covered with standard dressings. Because the film releases silver for a few days and eventually dissolves, fewer dressing changes are required.

The Phase I and Phase II SBIR funding allowed the team to invent a wound-coating material resembling cling wrap that conforms to an injury and releases low-levels of antimicrobial silver.

Agarwal says it wasn’t only SBIR funding dollars that helped grow the company, which now sells thousands of their Microlyte Matrix films each month. Free training sessions through the NIH SBIR Commercialization Accelerator Program helped the team assess their market niche and build a commercialization plan, and NIH validation drew in investors. “Getting that Phase II NIH grant was transformational in the company because...my first venture funding [was] contingent upon receiving that grant,” says Agarwal. 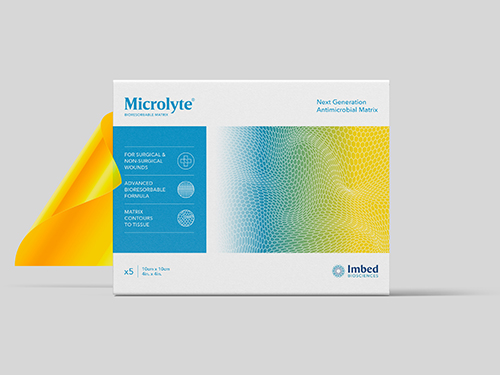 SBIR support also aided Imbed Biosciences in gaining FDA approval in 2016. The company has since been selling Microlyte Matrix both for treating human wounds and for use in veterinary applications.

Imbed is now using funds from a second Phase II SBIR grant to develop a film to heal chronic wounds, which often need weekly ‘scrapes’ to control persistent bacterial biofilms and conservatively cost Americans close to $30 billion each year. The new product releases a metal called gallium that destroys the biofilm, but also can prevent infections after surgeries, which cause longer hospital stays and higher medical bills. The new film could be available as early as 2021.