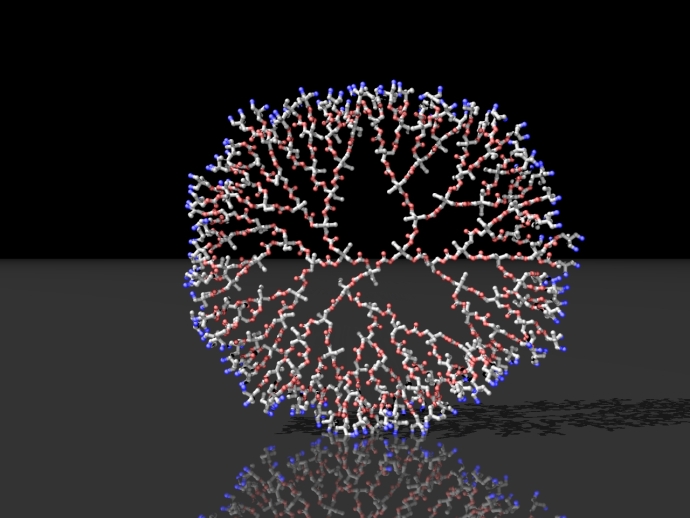 Instrumental Polymer Technologies, LLC (IP TECH), a small business based in Westlake, California, is revolutionizing the polymer industry by developing environmentally friendly, low-cost polymers by imitating nature’s Primary Production. All living structure is created economically within Earth’s Carbon Cycle by the reversible reactivity of carbohydrates that can hydrolyze, polymerize and ultimately evolve into a wide range of complex polymers and structures. As a result, from a few simple sugars, like glucose, nature makes a plethora of polymers that create seashells, plants, trees and animals. Natural materials are not only biodegradable and sustainable, but their production is highly economical.

Humans have developed polymers differently from nature. Each was developed separately, using a glut of petrochemicals as building blocks. No consideration was given to what happened to the plastic after its use. As a result, there are now 300 million tons of highly unrelated plastics produced each year using thousands of unsustainable raw materials and intermediates, many of which are highly toxic. The reactivity of these raw materials and processes for producing these plastics are unrelated to each other and require a wide range of expertise. Their byproducts are unusable and discarded as toxic waste. Recycling is difficult because the plastics are based on so many different technologies.

Key to the economy and effectiveness of Primary Production is the production of glucose by photosynthesis.Glucose is used as a universal chemical intermediate that reacts and rearranges into a wide range of molecules and polymers. Ultimately, many of these higher polymers are recycled, by digestion, back into glucose. Consequently, the more difficult photosynthesis process is minimized. IP TECH is mimicking nature’s process using the reversible reactivity of aliphatic polycarbonates. Where nature produces cellulose and polypeptides, IP TECH is producing sustainable and biodegradable polycarbonate and polyurethane. Like nature does with glucose, IP TECH produces one intermediate they call TMPD in large volume from which all their polycarbonate and polyurethane structures are formed. They feel this will transform the plastics industry, which is dominated by large companies that are the only ones who can produce plastics in large volume, and therefore at competitive cost. IP TECH plans to offer their reactive intermediate to other companies, small and large, who will simply extend the intermediate with other molecules to form polymers and plastics to meet their needs. Unlike the production of the intermediate, which is more complicated, the extension process takes only a few hours and alcohol is the only distillate. Imagine the future of plastic manufacturing being as safe and diverse as microbrewing beer. Ultimately, the polycarbonate and polyurethane plastics formed this way can be digested back into the reactive intermediate by refluxing with alcohol.

When IP TECH was founded in 2005, it developed proprietary polymers for an aerospace coatings company. After expanding in 2009, IP TECH now develops polymers for generalized industry, focusing on using only sustainable and safe raw materials. The development of these technologies was supported by the U.S. Environmental Protection Agency (EPA) Small Business Innovation Research (SBIR) program. All of their products are now produced from their TMPD intermediate, however, this has not hindered their product development. Like with carbohydrate chemistry in nature, the reversible reactivity of polycarbonates has enabled diverse development by simply altering reaction conditions and the ratio of reactants slightly. IP TECH has established new methods for processing materials and producing cure mechanisms for plastics. For example, IP TECH has made the first thermosetting-thermoplastic plastics, that are crosslinked polymers that fragment upon heating and crosslink once again upon cooling. They are easily recycled and healed thermoset plastics. They process easier than thermoset plastics and have better performance than thermoplastic polymers. They are currently being evaluated in applications as broad as hot melt adhesives and polymer concrete to injection moldable resins.

Using the reversible reactivity of aliphatic polycarbonates IP TECH has also revolutionized the synthesis of complex polymer shapes using a technique called “evolution polymerization,” a biomimetic process that enables greater control over polymer synthesis. Through the process of evolution polymerization, polymers can grow and evolve into a specific shape via a process that requires less energy than alternative methods for shaping polymers at high temperatures. The dendritic polymers produced by evolution polymerization are branded as QUICKSTARTM dendrimers because they are star-shaped polymers that can be generated quickly. These QUICKSTAR dendrimers are versatile and useful because, firstly they are spherical, and secondly, they have an inside and an outside.  They are very low viscosity, so consequently they are excellent at helping to reduce the amount of volatile organics required to make sprayable coatings. With a hydrophobic core and polar surface, which can tuck away into its core, they are molecular surfactants and are soluble in solvents, or water. Their highly branched core enables them to produce a tough coating that is resistant to water and chemicals. They can also hold chemicals in their core such as catalysts or corrosion-inhibitive salts. QUICKSTARTM dendrimers are inexpensive enough to be used as the primary resin in systems, however, they are also being used as additives to toughen other water-based coatings and help them flow and level.

As with all technologies derived from the TMPD intermediate, QUICKSTAR polymers are produced using sustainable raw materials—carbon dioxide, alcohols, amino acids and fatty acids—that are derived from U.S. agricultural feedstock, which is less environmentally damaging than the petroleum-derived materials used to produce most other polymers.

At the beginning of their development, evolution polymerization, or thermosetting thermoplastics, were not targeted enough to meet the specific goals of large corporations and were too new and risky to attract many individual investors. However, IP TECH found funding support from the EPA’s SBIR program. EPA’s SBIR support has enabled the development and application of evolution polymerization to large-volume projects that have had a significant, positive environmental impact. It has enabled U.S. manufacturing facilities to lower volatile organic compounds and reduce their time and energy during painting. It has also enabled the expansion of single component water-based systems. In addition, SBIR funding is facilitating IP TECH’s advancement of a sustainable and biodegradable thermoset plastic that can be processed and recycled like a thermoplastic and can be used in the production of biodegradable polymer concrete. Their latest developments include the introduction of sustainable aliphatic amines into their evolution process to create urethane functionality without the use of toxic isocyanates.

IP TECH is leading U.S. industry in replacing non-sustainable plastics with organic-based and environmentally friendly plastics and processes produced in a cost-effective manner. Using its new QUICKSTAR technology, IP TECH is providing products that will reduce waste and environmental harm. The production of QUICKSTAR dendrimers and thermosetting thermoplastics can provide more manufacturing jobs in the United States, and the processes themselves provide an economically sound alternative to more expensive, existing polymerization and materials processing methods. IP TECH is enthusiastic about the expanded application of its QUICKSTAR technology for purposes outside of its current field of high-performance materials, including use in medicine, electronics, and cosmetics. IP TECH’s SBIR-supported work has already revolutionized the field of polymerization and has the potential to reinvent the polyurethane industry, replacing current technology with cost-effective and sustainable polymerization practices that result in superior products. 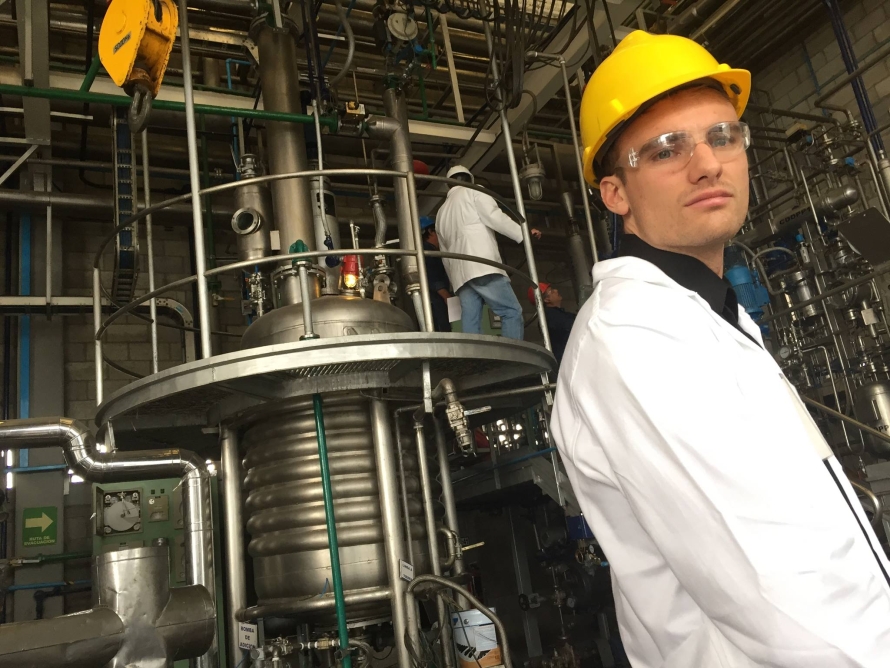